Kuopio has 112,000 residents and the city is quickly growing in popularity among Finns. In 2016, it was the fourth most popular city to live in when Finns’ willingness to move was measured. The popularity is due to Kuopio’s child-friendliness and enjoyable living areas. Let’s also not forget the particularly good employment situation, which Kuopio can be especially proud of. Kuopio also has an extensive selection of study places. For example, the Kuopio campus of Savonia University of Applied Sciences has 11,500 degree students. In addition, Kuopio allows you to enjoy the beauty of nature and a variety of services simultaneously, as the city is built on the shores of Lake Kallavesi.

Kuopio also offers its residents an excellent opportunity to enjoy arts and culture. Kuopio is often referred to as a dancing city due to the annual Kuopio Dance Festival. In addition, Kuopio offers plenty of possibilities for winter sports. The FIS Ski Jumping World Cup is organized in the early spring in the Puijo hills, Tahko ski resort is just a stone’s throw away, and we should not forget the thrilling ice hockey matches that Kuopio’s very own KalPa offers.

Avara’s Kuopio locations take their resident to a casual, yet eventful environment, where you will have the opportunity to enjoy culture, sports and the amazing nature.

In the middle of Kuopio’s gorgeous lakeshore views, Avara has cozy rental apartments both in the city center and a little further away, in the quiet forest and lakeside nature. For example, our Lehtoniemi apartment building homes that were completed in 2014 offer modern living in an entirely new area. An active nature enthusiast should see our versatile apartment selection among Puijo’s great outdoor trails. Our row houses in Petonen are an excellent choice for a family with children that enjoys the proximity of services. 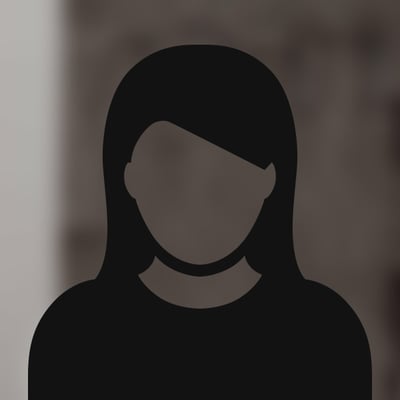 Our Inkilänmäki apartment building is in a pleasant, lush area, right next to the Puijo hiking area. A grocery store, a school and a kindergarten, among others, are just a stone’s throw away. Downtown Kuopio is less than three kilometers away and quickly accessible. The area is an excellent choice for an active nature enthusiast who also wants to live close to the services of the city center.

Avara’s apartment building in Julkula is a perfect choice for an active nature enthusiast. Puijo’s outdoor recreational area is just behind the house, and, for example, the Puijonsarvi lean-to shelter is an ideal one-kilometer walk from your front door. Even the Kallavesi lakeshore views are less than a kilometer away. Kuopio is approximately six kilometers away, and the bus connections are excellent, so the area is suitable even if you do not own a car. Julkula has a small grocery store, and a larger grocery store is just a five-minute car ride away in Puijonlaakso, where you will also find an extensive selection of other daily services.

Green and spaciously constructed Jynkkä is in a gorgeous location, surrounded by lakes and ponds. Our apartment buildings and row houses in this park-like area are well-suited for a family with children who values peace and great opportunities for outdoor activities. Jynkkä has great bus connections and bike paths to downtown Kuopio, which is eight kilometers away. Of the necessary daily services, for example a grocery store, a library, a middle school and a beach can be found within the area. A new elementary school is currently under construction. Spa Hotel Rauhalahti is approximately five minutes away by car and offers a large selection of activities from wall climbing to tennis and squash courts and the world’s largest public smoke sauna.

Avara’s grand city center locations are stone houses that radiate history right in the city center. The renovated Kuopio marketplace, the famous market hall and the quaint marina are just a short walk away. These homes are a perfect choice for an urban person who enjoys easy city-living and wants to have convenient access to art museums, shopping and restaurants.

Our Lehtoniemi apartment buildings were completed in 2014. They are a perfect choice for someone who wants to live close to the nature, surrounded by water and in a brand-new area. The construction in Lehtoniemi began only in the early 2010s, but already, the area has both modern apartment buildings and cozy single-family houses. The services increase as more people move to the area, but a school, a kindergarten and a large grocery store are already available. Downtown Kuopio is approximately six kilometers away, and it is easy to head to the city on the highway. Berry-picking, fishing and outdoor trails are available just by your front door.

In Linnanpelto, Avara has cozy apartments buildings in a quiet location, at the edge of an old and idyllic single-family house area. Downtown Kuopio is less than two kilometers away on foot or by bike, and the railway station is 1.5 kilometers away. The most important daily services, such as a grocery store and a pharmacy, are just around the corner, and the nearest school is only 300 meters away.

Our Päiväranta apartment building is in the perfect spot, right next to the Puijo outdoor recreational area and Lake Kallavesi. The nearest grocery store is just around the corner and a larger grocery store is less than one kilometer away. School is less than five minutes away on foot from both of our Päiväranta locations. These homes are perfect for families who value both having services nearby and diverse opportunities for outdoor recreation.

Särkilahti’s modern area is popular with students and families with children. The area was constructed among spectacular lakeshore views in the 2000s. Avara’s cozy apartment building is in a quiet and green location, less than half a kilometer from the beach. A grocery store can be found just around the corner and other services are also available close-by. Hotel Spa Rauhalahti is 1.5 kilometers away and offers activities from wall climbing to tennis and squash courts and the world’s largest public smoke sauna. Transport connections to downtown Kuopio are excellent and the university is within easy reach: 3.5 kilometers by bike.